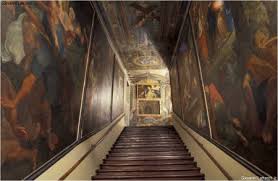 Campli is a town rich in history, of pre-Romanesque origin which reached its maximum splendor between 1538 and 1734 under the domination of the Farnese family who had it as a feud. Since 2018, it is included in the club of the most beautiful villages in Italy.

To see: The 14th century Palazzo Comunale, also known as Palazzo Farnese. The Church of San Paolo with the famous Scala Santa, so called because after 1776 the custom of granting indulgence to those who went up on their knees spread. Around the world, there are two more: one in Jerusalem and another in Rome.