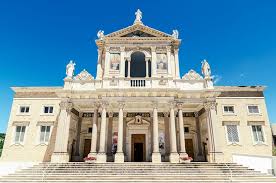 San Gabriel is also called the Saint of young people, of miracles and of smiles. He was declared Blessed in 1908 and proclaimed Saint in 1920. The Shrine is a pilgrimage destination very dear to young people. There are two main appointments: one in March, one hundred days from the state exam, to take the high school diploma, in which thousands of students from Abruzzo and Marche arrive at the Sanctuary, to pray for a successful examination, and in which the feathers are blessed; and another in the last week of August, in which the tent city is celebrated during which hundreds of young people (but also not so young) camp for five days giving life to a religious meeting.